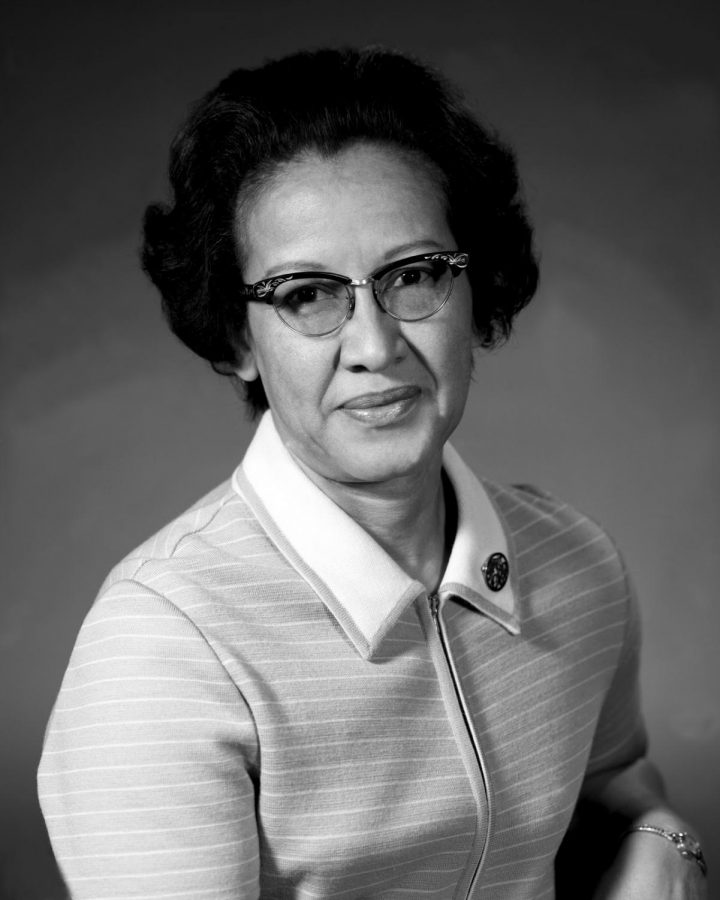 In honor of Black History Month, Glasgow students celebrate people who have impacted the world in which we live.  Spotlight #9 is Katherine Johnson.

Katherine Johnson, an American mathematician, was born in 1918, and died in 2020. She spent her life loving math, and later using it in her career at NASA. She worked hard and persevered through the discrimination and segragation of her time, asking questions when she didn’t know the answer and using her extrodinary math skills throughout her career. Her path to working with aeronautics at NASA started with her time working as a computer in the West Area Computing unit; calculating complex math problems for the program’s engineers. However, she didn’t stop there: she went to meetings and became part of a team of people working on a project to send people to the moon! She is most famously known for using geometry to calculate paths for a spacecraft to orbit and land on the moon. She worked on many more projects at NASA, advancing the worlds understanding of science and aeronautics.

Katherine Johnson is a big inspiration to Glasgow as well. Glasgow supports and emphasizes science, encouraging students to learn and explore STEM through after school clubs and many academic opportunities. Katherine Johnson’s inspiring legacy shows us that if you are determined and work hard, you can achieve your dreams and reach your goals; even if there are obstacles in your way. She, and other African American role models paved the way for others to have their ambitions realized; whether to become astronauts, or researchers in a lab. She empowers many girls of the black community at Glasgow, to break gender and racial barriers, and reach for their dreams.

NASA: Who Was Katherine Johnson?