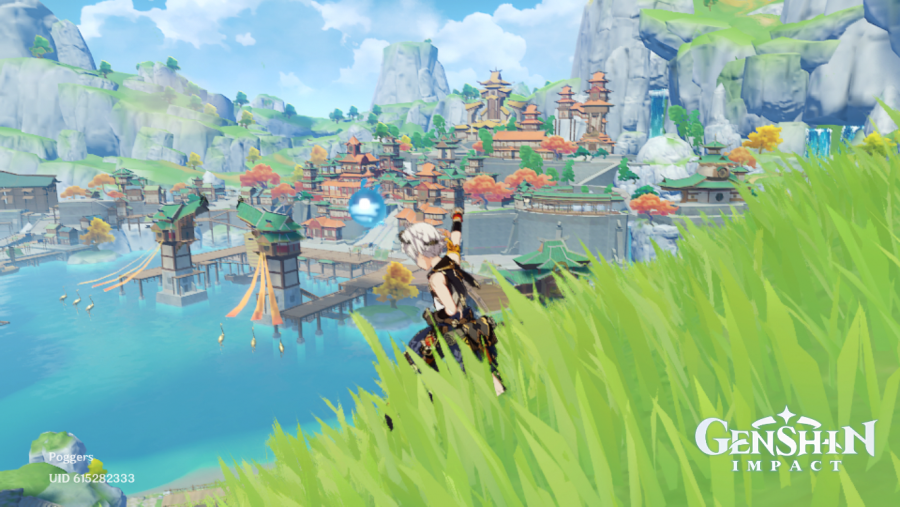 Released on September 28 of 2020, Genshin Impact has gained over 40 million players worldwide!  Genshin Impact is one of the most popular games on the market because of its intriguing storyline and the use of real-world scenery in-game.  It incorporates many more unique elements into the game that other contenders may not include, making it even more outstanding.

Genshin Impact is set in the world of Teyvat, a world relatively similar to ours.  The storyline is centered around a young traveler who had been traveling with their sibling until they had encountered an unknown god that had separated them.  The goal of this game is to travel around Teyvat looking for clues in order to reunite with their sibling.  As the storyline progresses, you will unlock more clues that will later help you along your adventure.  The storyline is very immersive and provides a sense of fantasy that aids in hooking the player.  Genshin Impact is also known for the seamless incorporation of real-world scenery that makes the game more remarkable.  Not only does this make the game more distinctive, but it also makes us notice how beautiful our world can be!

There are two different regions in the current version of the game: Liyue, a region-based off of China, and Mondstadt, a city-based off of Germany.  Liyue resembles China through the way the buildings are built and what types of greenery are native to that region.  Mondstadt resembles Germany through the decor and the different varieties of wildlife.  Each region has its own way of expressing the country that it was based off on and that is what makes the game more captivating.  Genshin Impact has grown very rapidly over its course of production and will only continue to improve even more!  Overall, Genshin Impact has been one of the most successful games in all of history and will continue to create big waves until its completion!