Every Time You Blink, The Game Changes: Before Your Eyes Review 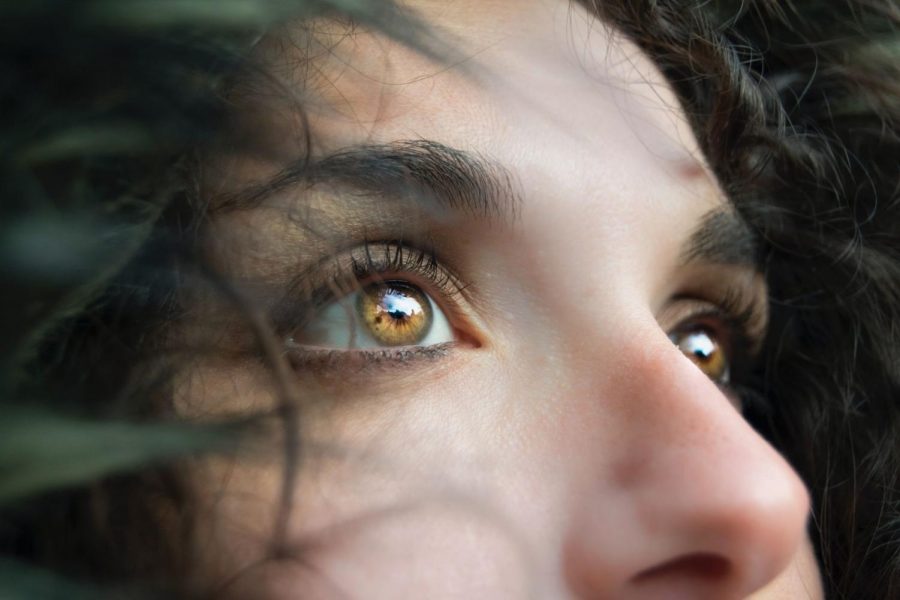 Before Your Eyes is an adventure, comedy, and role-playing game on Steam and Epic. The game was released on April 8, 2021, but did not pick up until Pewdiepie played it while live streaming. What made the indie game attract so much attention is its eye-opening storyline and how it is played.

The game engages the player by having the player set a webcam on their face. The game calibrates how much you blink and the position of the player’s eyes on their face, so their eyes are clearly visible. Once the game calibrates your eye sensitivity, you are introduced to a blue dog wearing a raincoat on a boat whose name is Ferryman. Ferryman is like the developer’s interpretation of the grim reaper. However, instead of Ferryman just reaping souls, he also has to tell the soul’s story and make it sound intriguing to the gatekeeper of the game. The gatekeeper must find interest in the story to judge the soul and the soul Ferryman found is Ben Benjamin.

Most of the game follows the life of Ben, basically allowing us to play as the soul and reliving their life. However, remember when the game calibrated your eye sensitivity? That will come in handy now; every time you blink when you’re reliving Ben’s life you move ahead within the story. There’s a little metronome on the bottom middle of the screen that helps the player know when to blink. For example, the opening scene is of Ben at the beach with his mother. At this point, the player is trying their hardest not to blink to see the whole scene.

Nonetheless, blinking is inevitable, so the player eventually blinks. The game continues on this pattern of showing important moments of Ben’s life while growing up. Moments like Ben’s first birthday, Ben’s first love, or Ben’s first time playing the piano. While these moments are happening, the player is learning more about Ben’s life.

The game could be a little confusing for those who don’t pay close attention.  Before Your Eyes shows you only live once and that you are only a kid once. People should definitely try this game because it gives you a new perspective on life. Additionally, all the reviews for this game are overwhelmingly positive. It truly is a tear-jerking experience that can be played in under 2 hours. The game developers certainly made the game very unforgettable.